I remember years ago getting dragged to watch Twilight at the cinema by my ex girlfriend. Being a fan of Vampires and supernatural movies I assumed I’d love it! Boy, was I soooo wrong. The rules we had come to love regarding our favourite blood suckers had been rewritten, or should I say canaballised and twisted to the extreme. Don’t get me wrong, I love it when writers put their own spin on things (who doesn’t love The Lost Boys?) but when supposedly concrete rules like sunlight killing vamps have been changed to simply making them sparkle, boundaries have definitely been crossed.

What’s worse is that countless copycat authors got involved in the whole ‘teen-angst-supernatural-cringarama’ movement. Gone is the horror and mystery we all loved, replaced with veiled 90210 drama.

My rant here does have a purpose though, not purely to annoy Stephenie Meyer fans! I love it when writers bring back the beasts and monsters we all love and cherish! And Sharon Van Orman’s ‘Lykaia’ is no exception.

From the first page we are pulled into the world and mythology of Lycanthropes (Werewolves to you and me), setting a very believable world and back story in which the tale unfolds.

The story centers around an American female pathologist named Sophia Katsaros, who receives a call telling her that both her brothers are missing in Greece, and then promply jets off to find them. Straight away we have a conflict of science versus supernatural as Sophia tries in vain to find logical reasons whilst she becomes embroiled in the myths and legends of werewolves and ancient rituals. Sophia indeed remains likable and relatable throughtout the tale as she struggles to seperate fact from fiction.

Whilst this is going on, another two story arcs from different points in history are revealed to us, twisting and wrapping around each other until the superb climatic finale.

I love the free and uncluttered style of writing that keeps the momentum moving at a perfect pace, leaving each chapter with a ‘what happens next!’ feeling. But what I really adore is the fact that Van Orman isn’t afraid to go back to the roots of the legends of these beasts and bring back the well-missed tension and horror, rather than conform to the saturated market we see daily, and tie it all into a well-written contemporary setting.

A great book, and going off the sub title ‘BOOK ONE IN THE SOPHIA KATSAROS SERIES’, I look forward to further novels being released. 🙂

“We are the terrors that hunt the night. And we have never been human”

In Greek mythology there’s a story of King Lykaonas of Arcadia and his fifty sons who were cursed by the father of the gods, Zeus, to become wolves. The very first Lycanthropes.

Forensic pathologist, Sophia Katsaros, receives a cryptic phone call from Greece telling her that her brothers are missing and leaves to search for them. With the help of Illyanna, her brother’s girlfriend, Sophia examines the evidence but cannot accept a bizarre possibility: Has one or both of her brothers been transformed during the Lykaia, the ceremony where Man is said to become Wolf?

Who is Marcus, a dark stranger that both repels and excites her? And what is the real story behind the 5000 year old curse of King Lykaonas? 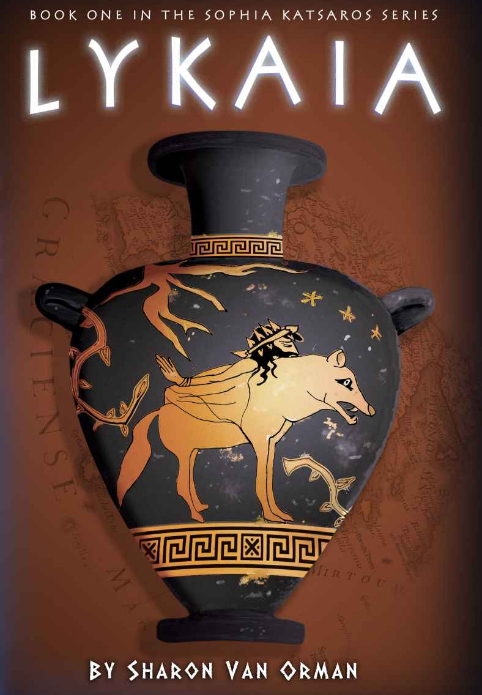 This entry was posted on February 11, 2013 by kennydreadful. It was filed under Writing & Typing and was tagged with lykaia, Sharon Van Orman, werewolves.