Sat in the back of a packed car at 2am I glare out of the window at the deserted village streets as they solemnly fly by. Our vehicle frantically tails another car heading towards ‘the club’, or so I’m told. What started as a lively evening wedding party has somehow turned into a frantic chase to retrieve a stolen bride.

This might sound like something straight out of a Liam Neeson movie, but it is in fact a Hungarian tradition in where the said bride is rushed away from the ceremony, prompting the men to get her back. For what reason, or how this tradition came about I’ve no idea. All I know is that the car I’m turns a corner and arrives at something I can only describe as Creamfields. A few thousand people surround a few festival tents from which various booming sounds echo from. We quickly enter the tent, with the groom leading the way and find the bride amid a resounding show of applause. Even a man with a broadcast size camcorder films the reunion. I’m clapping at the merryment, despite being slightly confused as to why this has actually happened.

Last year me and Wendy were lucky enough to be invited by our friends Sarah and Krisztian to stay with Krisztian’s family in Hungary. As I’ve said in my previous post, until then I’d had little desire or need to visit any of the Eastern Bloc countries (except for a holiday in Bulgaria) and since then I feel now I’ve been quite ignorant and naive of such places. Hungary is a beautiful, lush country, stepped in old ways, and I can thoroughly reccomend visiting, especially its capital Budapest and gigantic lake (biggest in Europe) Balaton.

Whilst we were there last November, we were invited to attend the wedding of Krisztian’s sister Zsuzsi and her fiance Gabor last month. Their family are one of the most friendliest and most welcoming that I’ve ever known and I’m grateful for not only their generosity and hospitality, but for the opportunity to see a proper traditional European wedding.

From the stunning outdoor church, to the lengthy and intriguing ceremony. From partying until 5am, to waking up about four hours to carry on another full day with the festivities. From taking part in the money dance with the bride, to continuing to dance the night away to a traditional Hungarian band (beats the usual medley of Whigfield’s Saturday Night and the Time Warp).

So to all the Somogyi family, and the awesome bride and groom Zsuzsi and Gabor, thanks for a fabulous time, and can’t wait to see you all again. 🙂

You do your country proud. 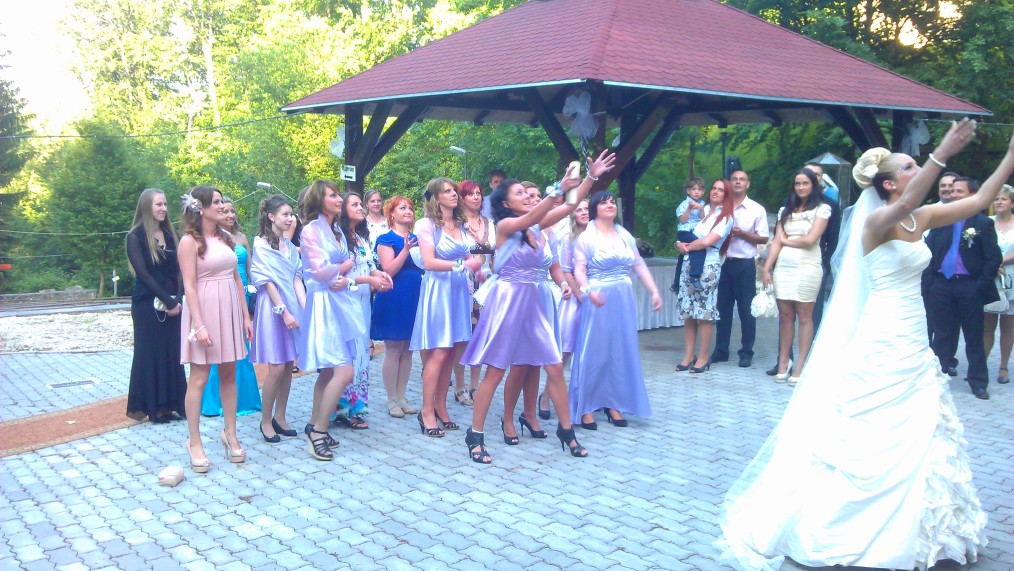 One Bank, One Shop, One Pub

Standing in an eerie crypt, surrounded by vast, ornate catacombs I peer at what appears to be a larger than life-size bronze angel draping a huge Hungarian flag over the beautifully carved tomb of what I assume to be a bishop or priest. I guess he must have been a man of some importance; there’s his death mask in a glass case, and a photo of the previous pope in the adjoining room.
There’s a bit of information next to the tomb but it’s all in Hungarian.
I call over my mate Krisztian. ‘Hey can you translate this for me pal?’
He wanders over and peers at the text before replying in his usual thick accent. ‘Ah it just history and shit.’

Before I met Wendy I had no desire of ever going to Hungary, but then again my knowledge of the country was also extremely vague. I can now say that it’s one of the most beautiful places I’ve ever been to, and the Hungarian people are rightfully proud of their homeland. Not to mention being proud of their heritage, their food, and their drink.

The people we met were friendly and welcoming, especially in Krisztian’s home town of Csatka – a village of around 250-300 people miles from anywhere. Thankfully they sorted out their priorities and made sure they had a drinking establishment, where we spent several nights. 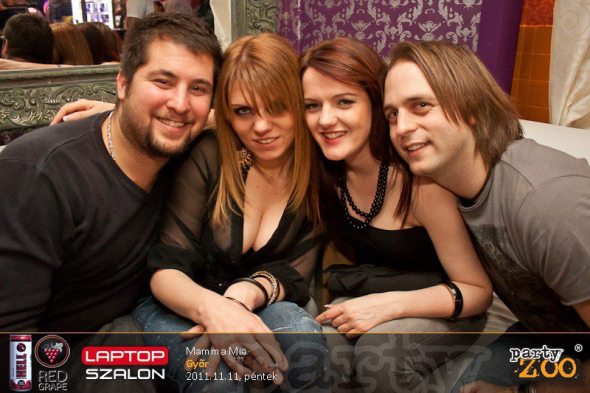 I won’t mumble and bumble on about all the stunning places we went, as I know it can make for tedious reading, suffice to say Hungary, (and its capital Budapest) is a memorable place and I look forward to visiting again next year.

Next time I’ll make sure I go equipped knowing more Hungarian words than just ‘thank-you’, ‘beer’, ‘and ‘no palinka’.

My thoughts go out to that poor woman’s family.

I haven’t told my girlfriend yet as we go out there on holiday at the end of June. Quite close by too. 😦

Normally my weekends consist of a quick tidy about the flat, a few brews, a quick chat with my mum and sis, and maybe a cheap night out.

This weekend however me and Wendy went to Edinburgh, and although I’ve been numerous times, my better half has never been – despite her being Scottish herself. Now although I adore the city; especially it’s gothic look, Wendy said the place felt really sad. I do agree on this, Edinburgh has had a horrific, bloody past (probably why I love it so much!) and seems to emanate a lot of pain and and melancholy – especially around the old town. She dis say she liked it though, but wouldn’t live there.

Shame as I always said it would be one of the places I would like to eventually relocate to. Oh well, that only leaves Miami 😀

Me and Wendy at Edinburgh Castle