My own Battle Angel 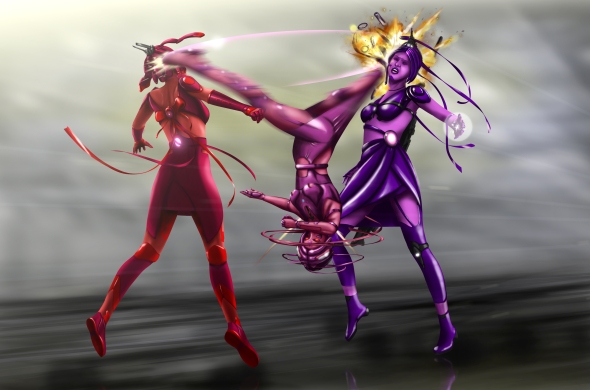 Angel vs Sin and Punishment

With Alita: Battle Angel coming out next month, and getting very excited about it, I thought I’d share my own homage to the character Alita (or Gally as she’s also knows). After seeing the original anime when I was 17 I was an instant fan.
Then whilst at uni, we were to develop a plasticine model with an armature skeleton. But we had to pull the character from two extremely different subjects. It wasn’t hard for me to land on a robot angel. 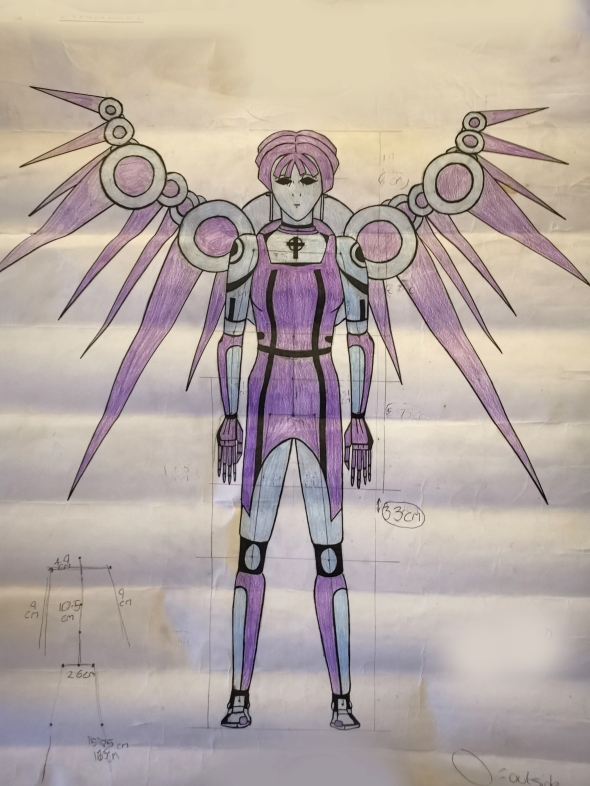 So of course Angel was born. And not long after I decided to add her to my stories. With my fantasy books – ‘Phoenix’ she slot into the story easily. One of the antogonists – Friegh Majenti decided to build an assasination droid and, preying the Phoenix Sorcerer – Katrina Zoana’s willingness to accept any person into her clan whatever their race or background, he built Angel to prey on her psychologically. Basing her on his own daughter Angelia as well as a race of ill-fated silicon humans from the planet Vyse, he designed Angel to gain Katrina’s trust in order to get close enough to assassinate through an assortment of weaponary hidden on her (including a Guyver-esque Mega Smasher type attack). But during programming, Freigh gave the droid benevolent emotions. Inevitably Angel refused to carry out the orders given to her, forcing Freigh to layer a basic AI over the top and send her out on her mission, using brute force rather than cloak and dagger tactics. 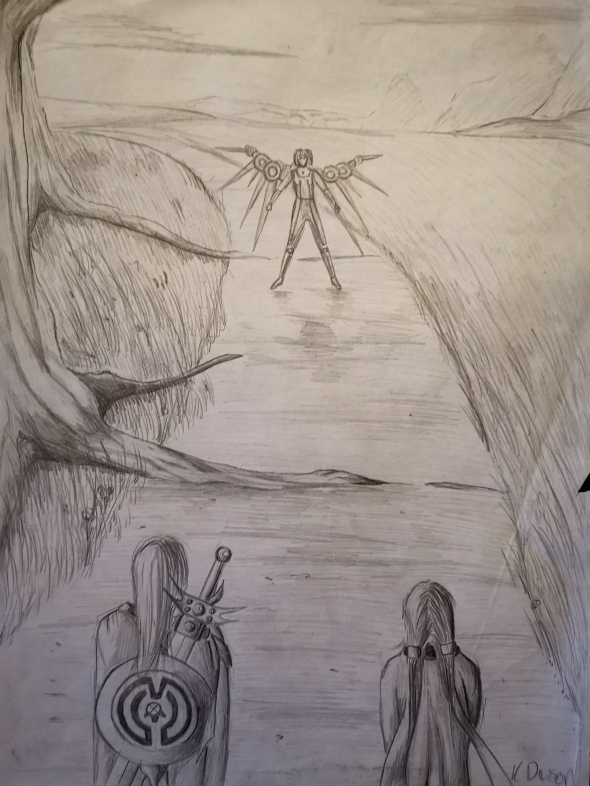 After being defeated by the Phoenix Sorcerer, her temporary AI broke and she returned to the kind, sweet droid. Sensing her true nature, Katrina accepted the droid and she became part of the fight against Majenti. Over time she would learn many skills into multiple martial art forms, clairvoyance, and even build her own droid Seraphim. 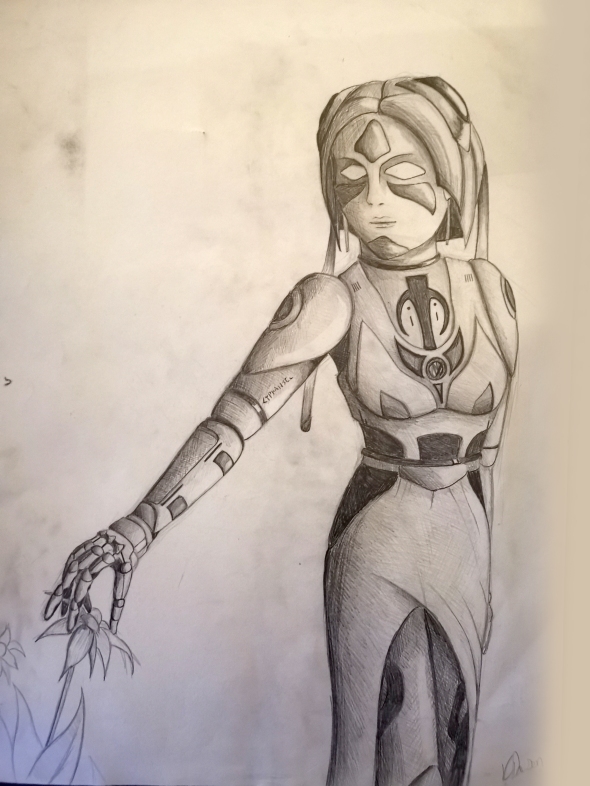 Another old sketch around 2002

Angel appears in everything I’ve ever written. and if I can’t put her in as a robot, she appears as a pink or dark red-haired girl.
She has also led me to create other versions of her (or other ‘Sisters of Vyse’) who were built to kill her. All the Sisters of Vyse

Looking back from the initial image of her, it’s crazy to see how far that sketch developed. 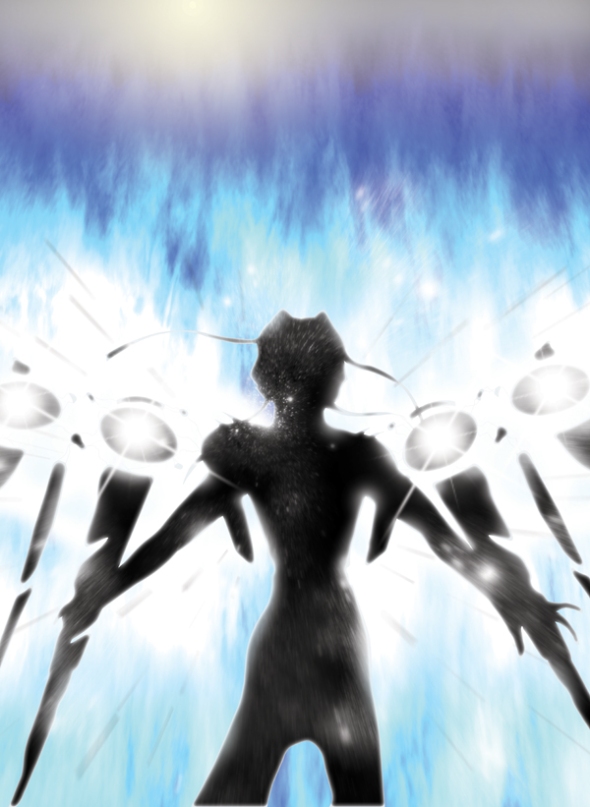 Wings open – Boom! But renders her depleted of energy. 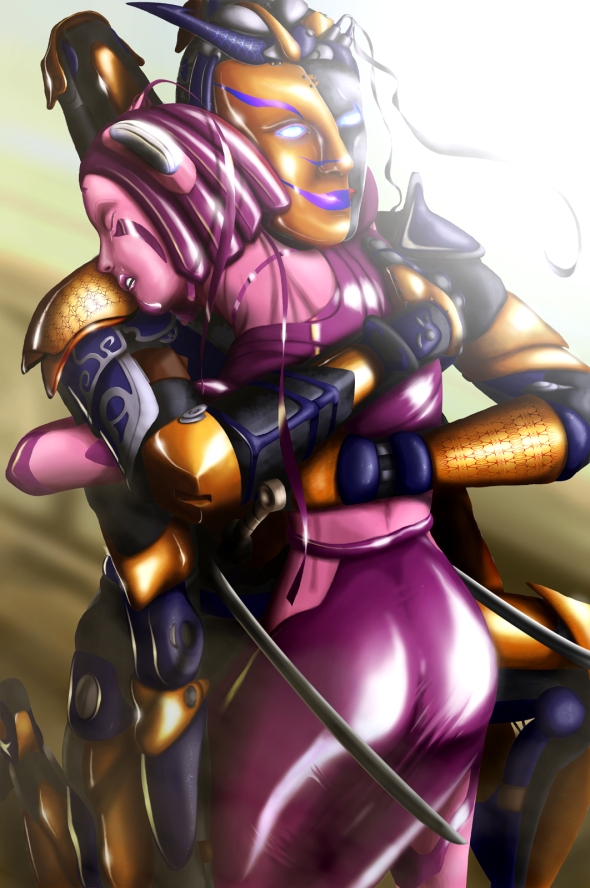 This entry was posted on January 10, 2019 by kennydreadful. It was filed under Illustrating, Tapestry Of Fates, Uncategorized, Writing & Typing .